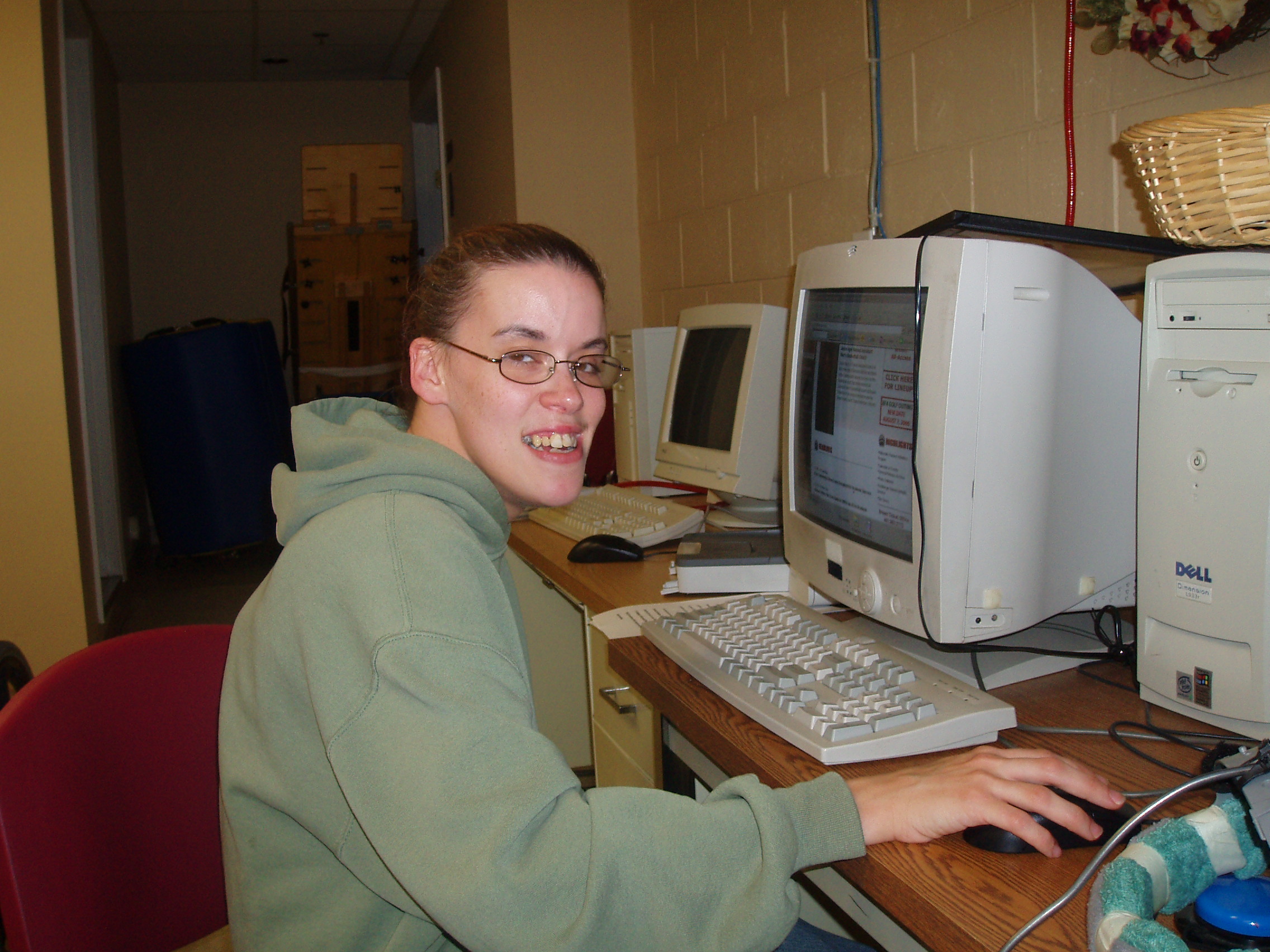 E.N.O.B.L.E. is engaged in an overview of the state's colleges' and universities' accommodation and support of students with disabilities.

In the three decades since the passing of the Disabilities Education Act, much has been accomplished in providing accommodations and support for students with disabilities who enroll in colleges and universities. While acknowledging the strides that both public and private institutions have made, we must also acknowledge the fact that according to a recent survey by the National Organization on Disability, less than half of students with disabilities who enroll in colleges leave with a degree compared to 78% of their peers who do not have a disability.

For complete results of a recent survey see our link here

MAY, 2008: ENOBLE and RI Disability Vote

About Enoble - (view here as a downloadable PDF file)

E.N.O.B.L.E. began because a group of educators and adults with disabilities recognized the special challenges that students with developmental disabilities face in furthering their education, whether it is to continue onto a college course or to learn the basic skills for employment.

E.N.O.B.L.E. is dedicated to assisting individuals with developmental disabilities achieve their goals, whether by direct assistance or by acting as a support group or even as an advocate for those facing these challenges.

E.N.O.B.L.E. is staffed by volunteers who share our goal of enabling individuals to receive the education they need and want to lead a more fulfilling life.

Fact Sheet On The Economic Impact on Students with Disabilities:

Only 35% of Americans with disabilities of working age are employed full or part time.
- Even when employed, people with disabilities work predominately in low-level low paying jobs.
- The gap between the state's low income families and wealthy families has increased dramatically in the past 15 years, with once middle income families sliding toward poverty level. Only 1.86% of the state's residents earn more than $ 200,000 a year, compared with 3.06% in Massachusetts
- State services are strained beyond their means. In 1996, rhode Island spent 663 million on social services and in 2006, spent 1.233 billion.
- Youth with disabilities are often not taught the subject of sexuality and reproductive health in special education classes, leaving them with an absence of information that decreases their chances of protecting themselves from unintended pregnancy and parenting.
- State colleges have faced increasing budget cuts- facing a shortfall of $25 million in the 2007 budget and while the population of students with disabilities has doubled at the University of Rhode Island and tripled at CCRI in the last decade, resources have struggled to remain at the level they were a decade ago.
- Tuition rates at ri colleges have increased by 30% in the past four years. Nationally, average college costs have risen faster than inflation for the past 11 years. The average cost of a four year private college jumped to $30,367.00 in the 2006-2007 school year, the first time the average has broken the $30,000 mark. The average tuition at four year public colleges has risen to $5,836.00 per year after seeing increases of up to 7.1 percent each year. The cost of room and board has also risen at about 5% each year, leaving the full cost of public school education with room and board at a national average of $ 12,796.00 for in-state residents.
- Almost 2/3 of full time students receive grant aid to lower their tuition costs, but federal grant aid has not kept pace with inflation. Without taking inflation into account, the average Pell Grant per recipient fell by $120.00

Erin Austin: My View of Society